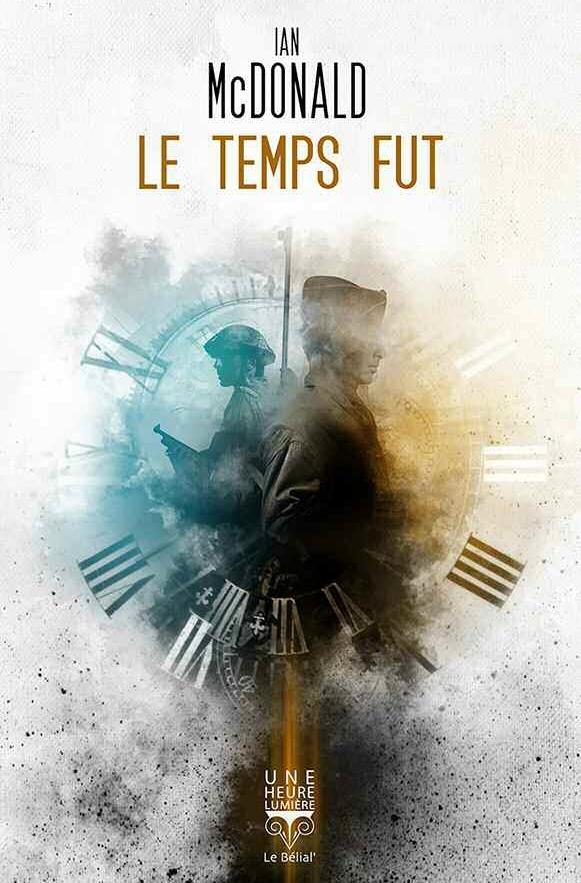 Ian McDonald‘s acclaimed, award-nominated novella TIME WAS is due out tomorrow in France! LE TEMPS FUT, published by Le Bélial’, has been translated by Gilles Goullet, and has that stunning cover, above, by Aurélien Police. Here’s the synopsis… 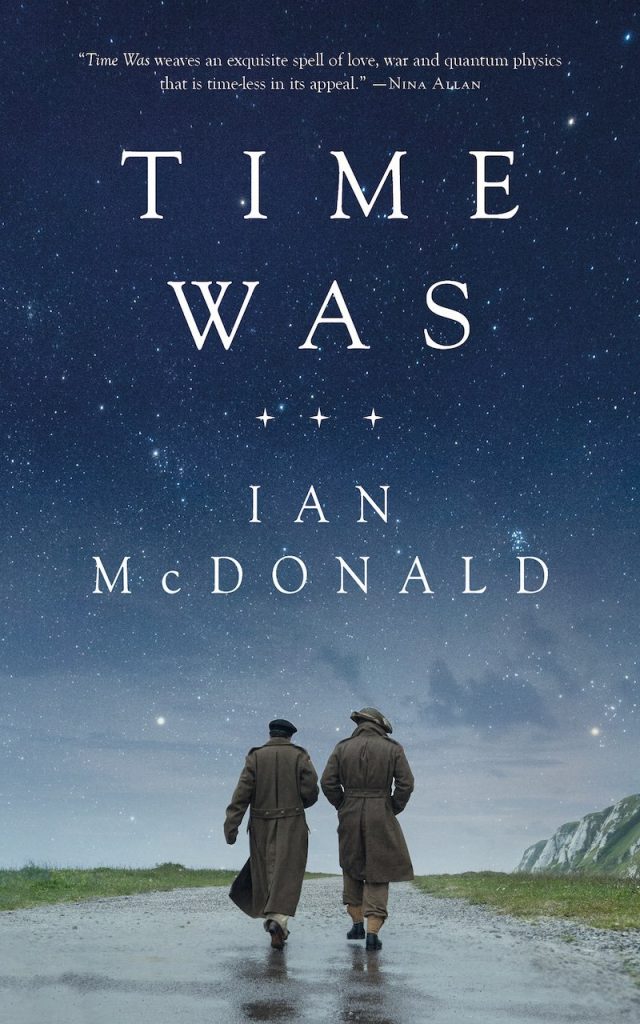 The novella won the BSFA Award for Best Shorter Fiction, and was a finalist for both the John W. Campbell Memorial Award and the Philip K. Dick Award. TIME WAS is published in the UK and North America by Tor.com. Here’s the English-language synopsis…

Here are a few reviews the novellas has received so far…

‘With echoes of H. G. Wells’s The Time Machine and replete with the inimitable scent of used bookstores, TIME WAS weaves an exquisite spell of love, war and quantum physics that is timeless in its appeal. A scientific romance in the most evocative sense of the word.’ — Nina Allan

‘[A] character-based story about the impact of a pair of time travelers on those who discover their existence. A full-length novel might have been consumed with the temporal mechanics and incidents in the lives of time-lost lovers; by eliding those details, this shorter work is, paradoxically, able to slow down and luxuriate in the story’s elegiac themes… an impressively challenging book for its length, both in McDonald’s use of language, and in its timey-wimey overlapping narratives. A story from the point of view of poets and book lovers would fall flat if the novel’s language weren’t a match for the inner monologues you’d expect from people whose interior lives are so full of words. McDonald succeeds in doing several seemingly incompatible things at once, and doing them well. TIME WAS is a time travel story that’s also, and primarily, a love story. Science fiction is typically plot-driven, occasionally to the exclusion of other elements, but this one luxuriates in characters and language. It’s a work that looks to the past, but speaks to the future of science fiction.’ — B&N Sci-Fi & Fantasy Blog

‘TIME WAS… a peculiar story of time, mystery, books, love, and war, compact as a parable, layered like a complex metaphor… and in some ways, strikingly unsettling… very well put together, and gorgeously written.’ — Tor.com

French readers looking for more of Ian’s work need look no further than his most recent series, Luna, which is published in France by Denoël (along with a few of Ian’s other novels). 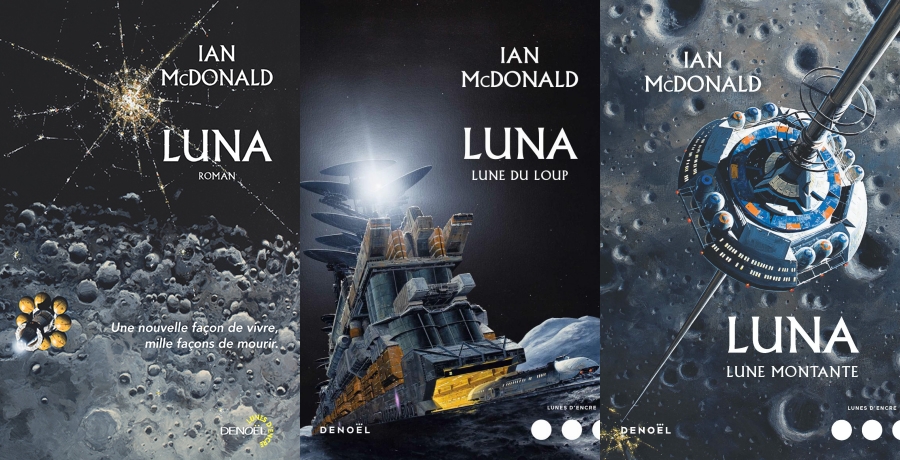