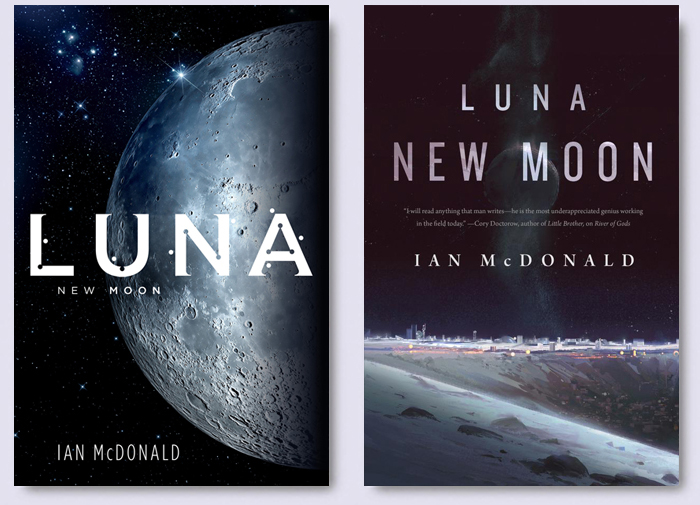 Ian McDonald‘s hotly-anticipated next novel, LUNA: NEW MOON, is soon to be published. We wanted to take this opportunity to feature all the information we have (to date). The first in a planned duology, the novel is due to be published in the UK on September 17th, 2015 by Gollancz (left), and on September 29th, 2015 by Tor Books in the US. Here’s the synopsis…

‘Told over two volumes this will do for the moon what the award winning RIVER OF GODS did for India, the award-winning BRASYL for Brazil and the award winning THE DERVISH HOUSE for Turkey — it will give it a vibrant, extraordinary and believable future.’

All three of those novels are also published in the UK by Gollancz: RIVER OF GODS, BRASYL and THE DERVISH HOUSE. Gollancz also publishes Ian’s CYBERABAD DAYS and NECROVILLE. 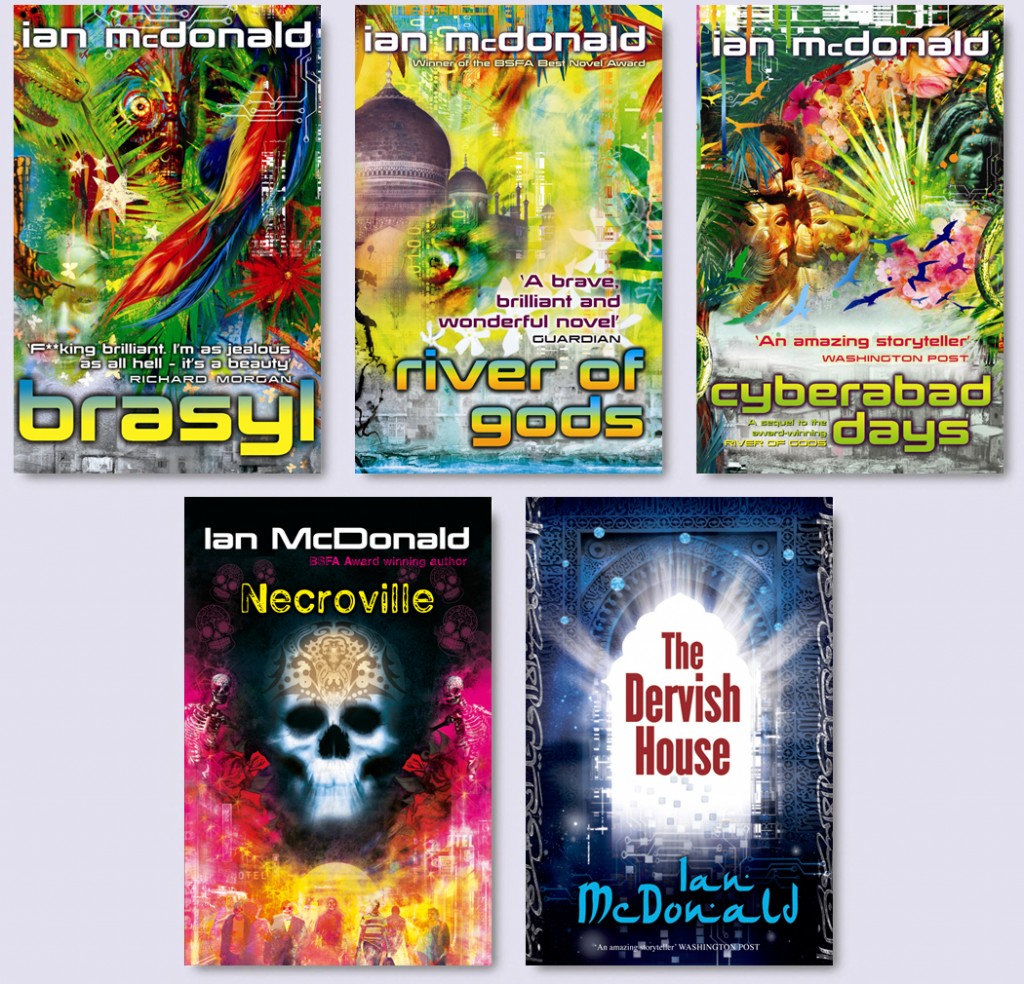