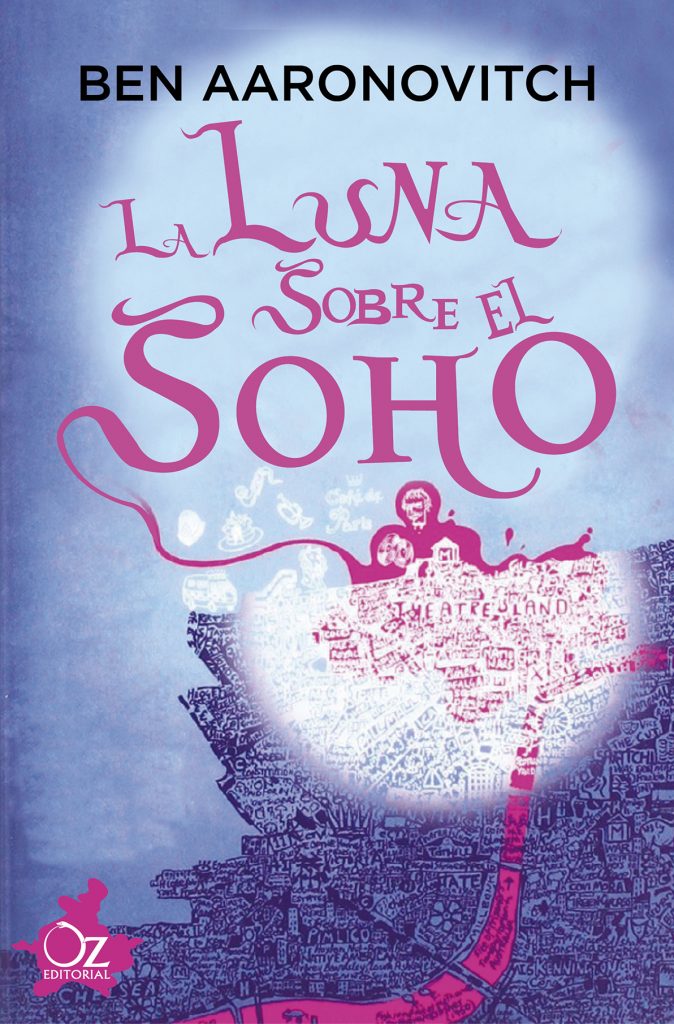 The second novel in Ben Aaronovitch‘s Peter Grant series, MOON OVER SOHO, is out now in Spain! Published by Oz Editorial as LA LUNA SOBRE EL SOHO, here’s the synopsis…

Oz Editorial have also recently published the first book in the series, RIVERS OF LONDON, as RÍOS DE LONDRES. 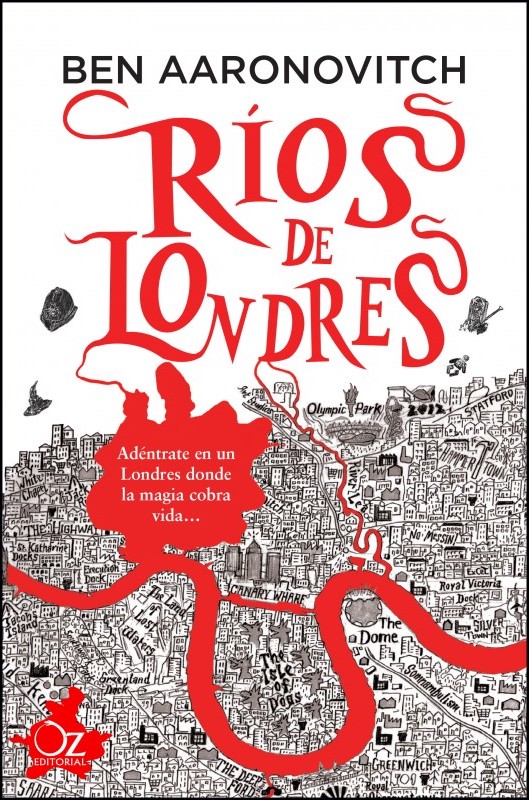 MOON OVER SOHO is published in the UK by Gollancz, in the US by Del Rey, and has also been published widely in translation. Here’s the English-language synopsis…

Peter Grant is not just a lowly Detective Constable, he’s also apprenticed to the last wizard in Britain: policing will never be the same again!

And as I hunted them, my investigation got tangled up in another story: a brilliant trumpet player, Richard ‘Lord’ Grant — my father — who managed to destroy his own career, twice. That’s the thing about policing: most of the time you’re doing it to maintain public order. Occasionally you’re doing it for justice. And maybe once in a career, you’re doing it for revenge.

Gollancz has published all of the novels in the series so far, as well as the first novella (pictured below in chronological order). The first three books are published in the US by Del Rey, the fourth onwards by DAW Books, and the novella by Subterranean Press. The cover for the highly-anticipated seventh novel, LIES SLEEPING, was unveiled earlier this week.