We’re delighted to announce that Ravi Mirchandani, Editor-in-Chief at Atlantic Books has acquired UK / British Commonwealth rights to a new Tim Powers novel, currently entiteld DEPTH OF FIELD. Details are scant on the novel itself, but the word is that it will be a contemporary Californian tale and will, as the title suggest, focus on the movie industry in some way. Likewise, a publication date is yet to be finalised, but it is likely the novel won’t appear before the end of 2015. Definitely something to look forward to then! 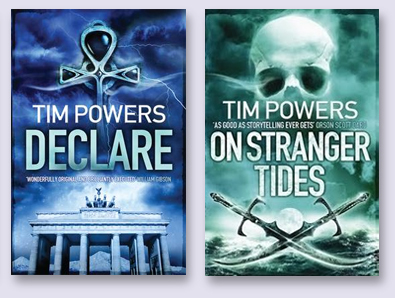 Atlantic’s Corvus imprint has now published five Powers titles, beginning with supernatural spy story and World Fantasy award winner DECLARE. They followed this with  Powers’ famous pirate novel ON STRANGER TIDES, now forever linked with the Disney Juggernaut that is the Pirates of the Carribean franchise, and towards the end of last year, they published author’s most recent novel, HIDE ME A MONG THE GRAVES, a historical fantasy about the Rosettis and also it’s precursor, THE STRESS OF HER REGARD, a take on the Romantic poets and their vampyrric muse. Most recently Corvus released his 2006 novel THREE DAYS TO NEVER, previously unpublished in the UK.

Look out for the paperback edition of Powers’s HIDE ME AMONG THE GRAVES later this year. The Independent, which describes Powers as ‘one of dark fantasy’s major eccentrics‘, opines that the author has ‘not mellowed or grown more ordinary with age‘ and goes on to describe HIDE ME AMONG THE GRAVES as ‘one of his best books‘. Furthermore, the review praises Corvus’s decision to publish him. The paper recommends the novel on the basis of its ingenuity and conceptual wit, describing Powers as ‘an intelligent, emotionally complex writer with a taste for elegantly conceived nightmare.’ Meanwhile, SFX described the novel as ‘Dickens as directed by David Lynch… clever…fun… and rewarding.’

BoingBoing big-wig Cory Doctorow was mightily impressed with Powers’s approach to the supernatural – ‘Powers’s treatment of superstition works so well, I think, because he deals with it without apology. There’s never a sense that superstition is just a kind of alternate physics, with its own rules that are different from the ones we’re accustomed to. The supernatural world of Tim Powers has an internal logic, but it’s the logic of dreams and the id, not the logic of the scientific method. Powers’s work engages with something prerational that is buried deep, deep in our brains, and that won’t be bullied into submission by mere reason.‘ And to celebrate the re-issue, the Book Smugglers ran a fascinating and insightful interview with Powers. 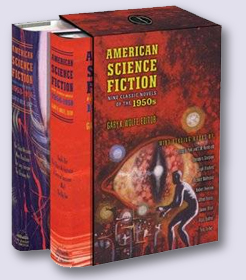 In other related news, over on the Library of America website Tim Powers has written a wonderful appreciation of the late Algis Budrys’s classic novel WHO? Zeno is delighted to handle the Budrys estate and is proud to have made a large number of his works available in ebook via the Gollancz SF Gateway programme. His famous 1960 novel ROGUE MOON is also available in print in the SF Masterworks.  We were delighted to be approached by the Library of America on behalf of editor Gary K. Wolfe, who wished to include WHO? in his AMERICAN SCIENCE FICTION FIVE CLASSIC NOVELS 1956-1956 collected box set – which is a gorgeous production worth of the works contained therein.

Of WHO?, Powers writes ‘…in the context of a science fictional future world, Budrys presents a picture of Cold War politics and espionage that is surprisingly insightful for an American writer of the time – but in many ways Budrys was never precisely an American writer. He was born in East Prussia, and his father – on whom he based the Soviet Colonel Anastas Azarin in WHO? – was a Lithuanian diplomat. It’s an affectionate portrait. Budrys has said, ‘A lot of my life when I was a small child was spent in cars, or trains, talking to strangers, speaking a variety of languages, never settling down anywhere…‘ The full piece is available online here.