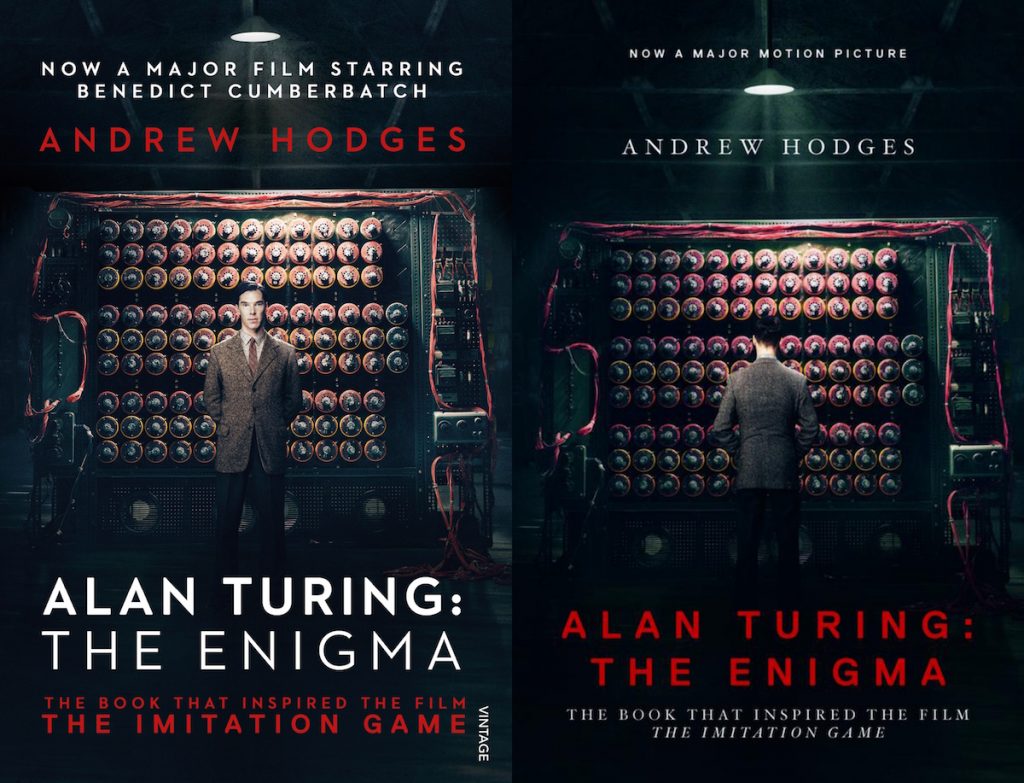 Next Sunday, September 22nd, Andrew Hodges will be at MK Lit Fest! The author of the best-selling biography ALAN TURING: THE ENIGMA, Andrew will be in conversation with Sir Dermot Turing, Alan Turing’s nephew. The event is ticketed, and you can find more information about it, here.

ALAN TURING: THE ENIGMA is out now, published by Vintage in the UK and Princeton University Press in the US. The biography was also the basis for the Oscar-winning movie, THE IMITATION GAME.

Alan Turing was the mathematician whose cipher-cracking transformed the Second World War. Taken on by British Intelligence in 1938, as a shy young Cambridge don, he combined brilliant logic with a flair for engineering. In 1940 his machines were breaking the Enigma-enciphered messages of Nazi Germany’s air force. He then headed the penetration of the super-secure U-boat communications.

But his vision went far beyond this achievement. Before the war he had invented the concept of the universal machine, and in 1945 he turned this into the first design for a digital computer.

Turing’s far-sighted plans for the digital era forged ahead into a vision for Artificial Intelligence. However, in 1952 his homosexuality rendered him a criminal and he was subjected to humiliating treatment. In 1954, aged 41, Alan Turing took his own life.

‘A first-rate presentation of the life of a first-rate scientific mind… it is hard to imagine a more thoughtful and warm biography than this one.’ — New York Times Book Review

‘Andrew Hodge’s book is of exemplary scholarship and sympathy. Intimate, perceptive and insightful, it’s also the most readable biography I’ve picked up in some time.’ — Time Out

‘One of the finest scientific biographies ever written.’ — New Yorker

‘This rather shadowy figure has now finally been lifted into the light of day… it has to be said that Andrew Hodges has put together an extraordinary story.’ — Sunday Telegraph

‘Life and work are both made enthralling by Hodges, himself a scientist.’ — Sunday Times

‘Andrew Hodges, in this fine biography… brings Turing the thinker and Turing the man alive for the reader and thus allows us all to share in the privilege of knowing him.’ — Financial Times