We’re very happy to report that Ben Aaronovitch has been awarded a Nielsen Bestseller Award for his first Peter Grant novel, RIVERS OF LONDON! Ben received a Silver Award for the novel, marking 250,000 sales in the UK! Here’s Ben with his award… 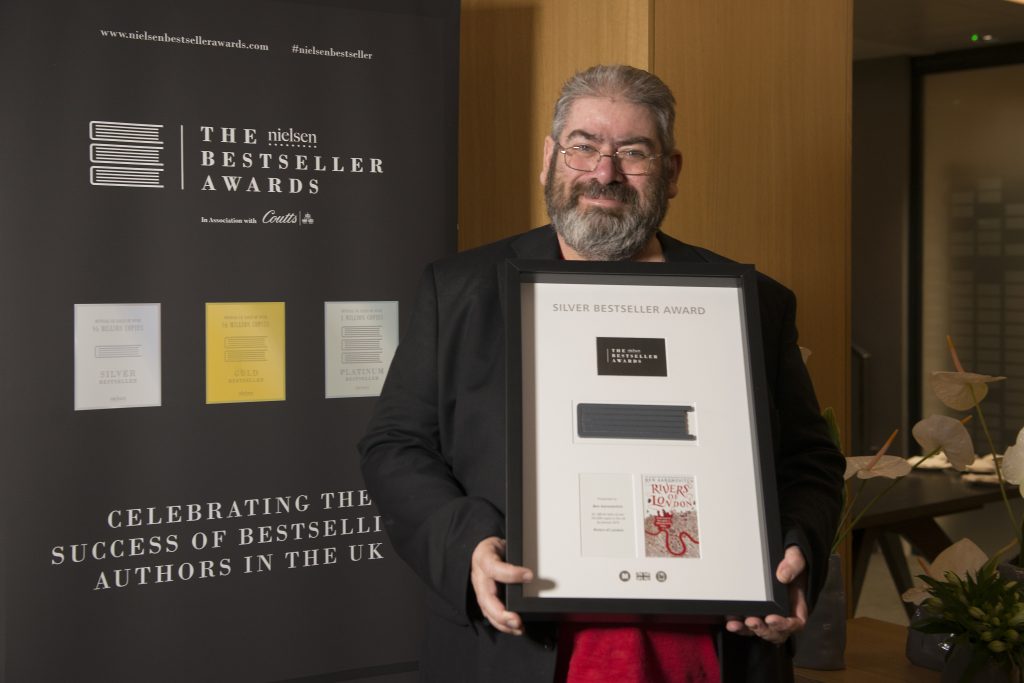 The series, which now comprises seven novels and a novella (with more of both on the way), is published in the UK by Gollancz. Here’s the synopsis for the first book, in case you have somehow managed to miss it…

My name is Peter Grant and until January I was just probationary constable in that mighty army for justice known to all right-thinking people as the Metropolitan Police Service (and as the Filth to everybody else). My only concerns in life were how to avoid a transfer to the Case Progression Unit – we do paperwork so real coppers don’t have to — and finding a way to climb into the panties of the outrageously perky WPC Leslie May. Then one night, in pursuance of a murder inquiry, I tried to take a witness statement from someone who was dead but disturbingly voluble, and that brought me to the attention of Inspector Nightingale, the last wizard in England.

The spirit of riot and rebellion has awakened in the city, and it’s falling to me to bring order out of chaos — or die trying.

The Peter Grant series is published in the US by Del Rey (1-3), DAW Books (4-7) and Subterranean Press (novellas). The series has also been published widely in translation.