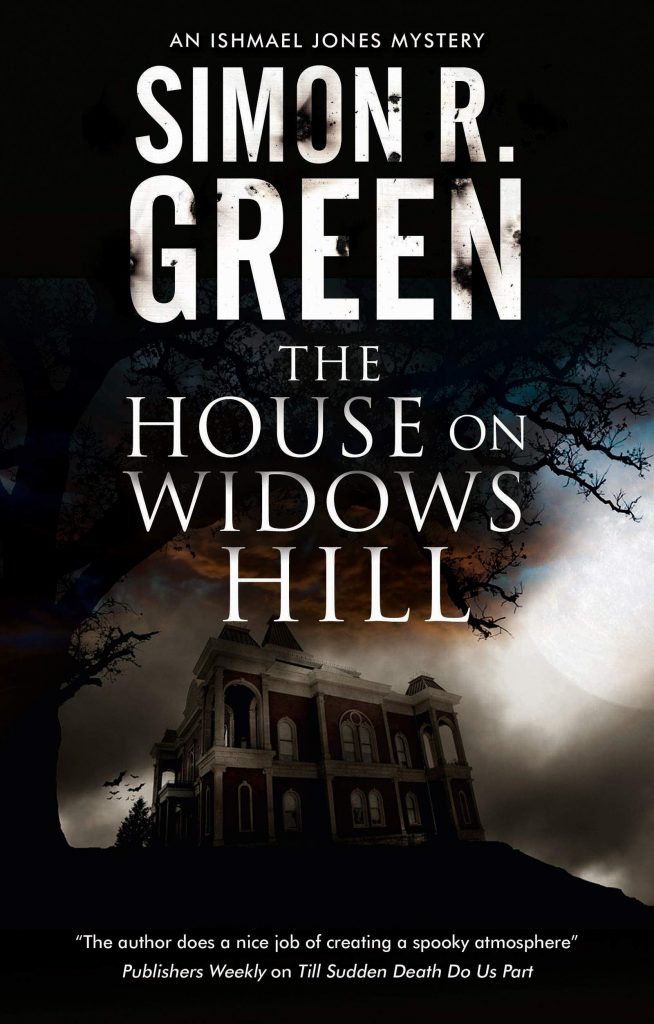 Simon R. Green‘s ninth Ishmael Jones novel is out today in North America! Published by Severn House, here’s the synopsis for THE HOUSE ON WIDOWS HILL…

Ishmael Jones investigates a haunted house… but is haunted by his own past in the latest of this quirky paranormal mystery series.

Harrow House has remained empty for years. Now, on behalf of an anonymous prospective buyer, Ishmael and Penny are spending a night there in order to investigate the rumours of strange lights, mysterious voices, unexplained disappearances, and establish whether the house is really haunted. What really happened at Harrow House all those years ago?

(The novel was published in the UK back in June.)

Severn House publishes all of Green’s acclaimed Ishmael Jones novels in the North America and in the UK: THE DARK SIDE OF THE ROAD, DEAD MAN WALKING, VERY IMPORTANT CORPSES, DEATH SHALL COME, INTO THE THINNEST OF AIR, MURDER IN THE DARK, TILL SUDDEN DEATH DO US PART, and NIGHT TRAIN TO MURDER. 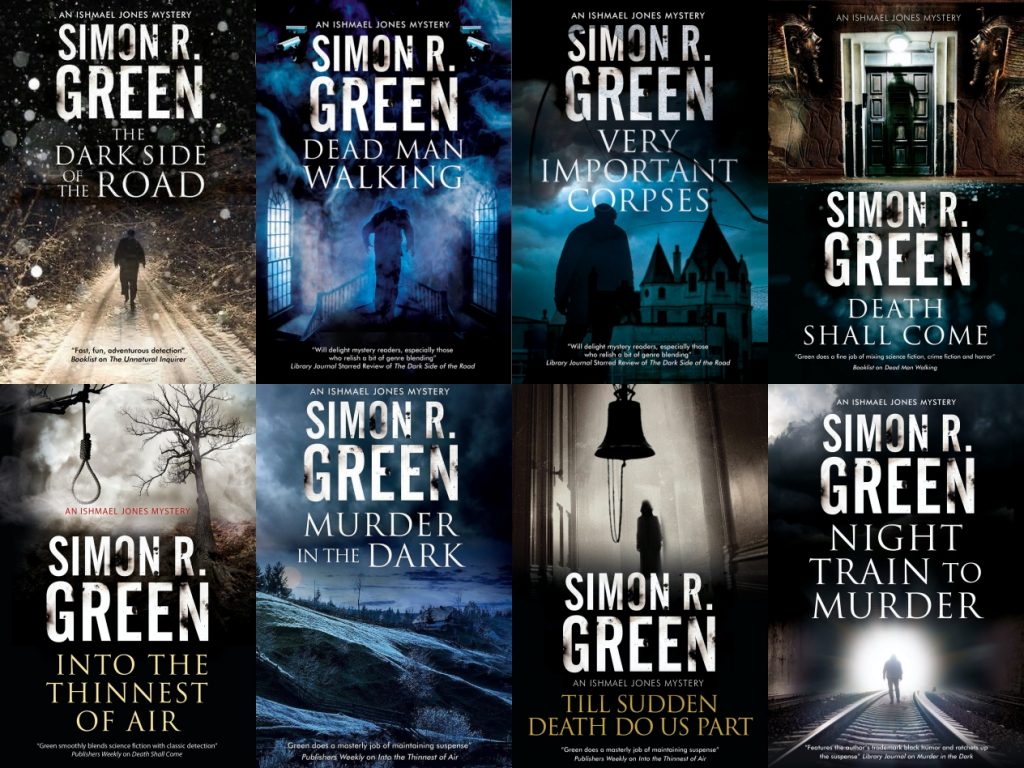 ‘[An] entertaining romp.’ — Publishers Weekly on NIGHT TRAIN TO MURDER