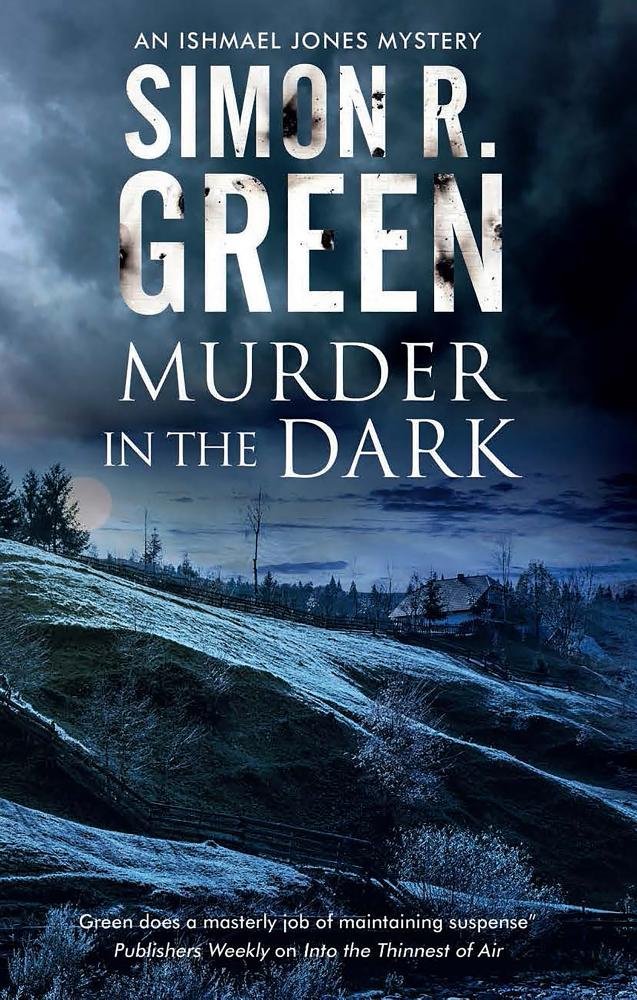 MURDER IN THE DARK, Simon R. Green‘s sixth Ishmael Jones mystery is out this year! Published by Severn House in the UK (August 31st) and US (December), here’s the synopsis…

Ishmael Jones has been despatched to assist a group of scientists who are investigating a mysterious black hole which has appeared on a Somerset hillside. Could it really be a doorway to another dimension? When one of the scientists disappears into the hole — with fatal consequences — Ishmael must prove whether it was an accident — or murder.

The first five novels in the series are also published in the UK and US by Severn House: THE DARK SIDE OF THE ROAD, DEAD MAN WALKING, VERY IMPORTANT CORPSES, DEATH SHALL COME and INTO THE THINNEST OF AIR. 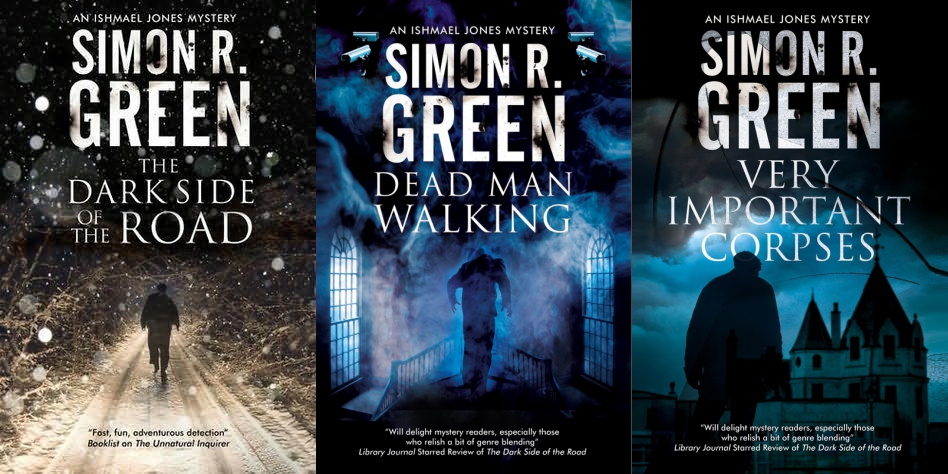 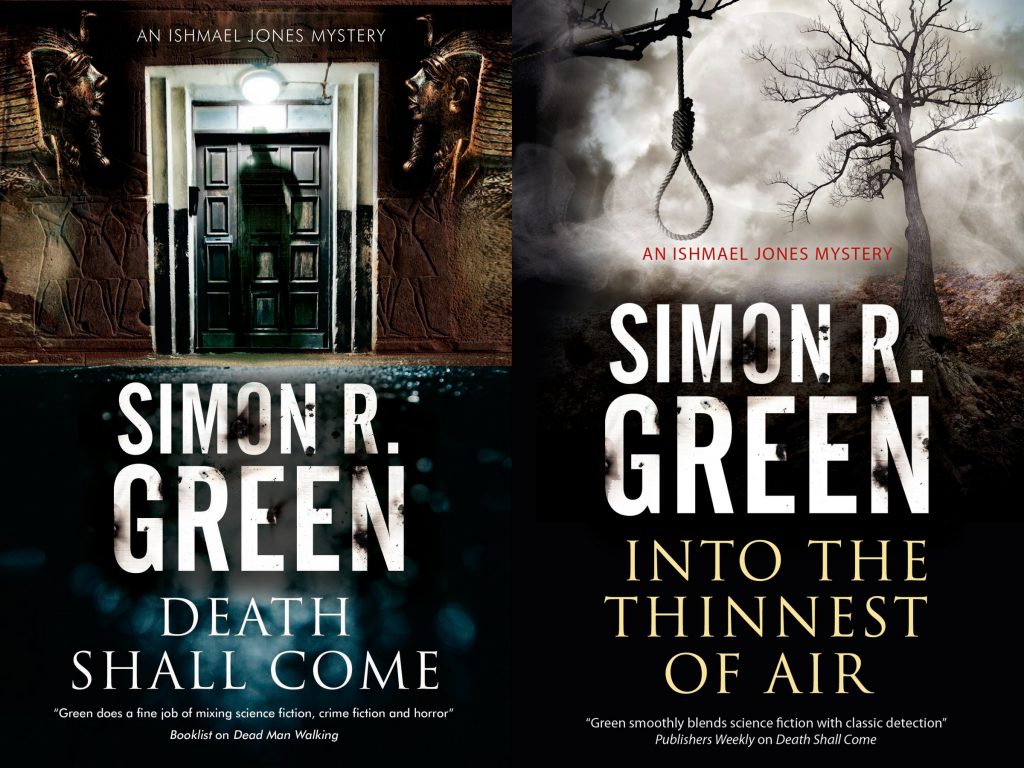 ‘It’s the kind of novel that reads easily, and that just as easily holds your attention from the first page to the last, making you regret the story is over and making you long for the next adventure of the characters you’ve come to love over the course of this tale… Fun, quirky and most importantly: slightly different from what you would traditionally expect in the genre.’ — The Gatehouse on DEAD MAN WALKING

‘In Green’s entertaining fourth Ishmael Jones Mystery… Ishmael, an extraterrestrial in human form and ace British secret agent, and his earthly companion, Penny Belcourt, travel from London to Cardavan House (“a really long way from anywhere”) at the behest of the Colonel, Ishmael’s contact at his principal employer, the super-secret Organization… The story soon settles into a comfortable country house mystery: when one of the bickering family members is found bludgeoned to death in front of the empty sarcophagus, Ishmael uses his intelligence, phenomenal strength, and exquisite sense of smell to track down who—or what—is responsible. Green once again smoothly blends science fiction with classic detection.’ — Publishers Weekly on DEATH SHALL COME

‘Green’s style of sci-fi blends levity with a high body count. His target audience, reading less for the mystery than for his signature style, will doubtless find this morsel as tasty as the others.’ — Kirkus on DEATH SHALL COME

‘This fourth series adventure (after Very Important Corpses) is fast-paced, entertaining, and genre-bending…’ — Library Journal on DEATH SHALL COME