A little while ago, Jonathan Strahan interviewed Lavie Tidhar for Coode Street’s “Ten Minutes With…” series of podcast episodes. You can listen to the interview on the podcast’s website, but we’ve also embedded the interview below…

Lavie’s latest novel, the acclaimed BY FORCE ALONE, is out now in the UK (Head of Zeus) and due to be published in North America in August 2020 (Tor Books). In case you’ve missed the coverage, here’s the synopsis… 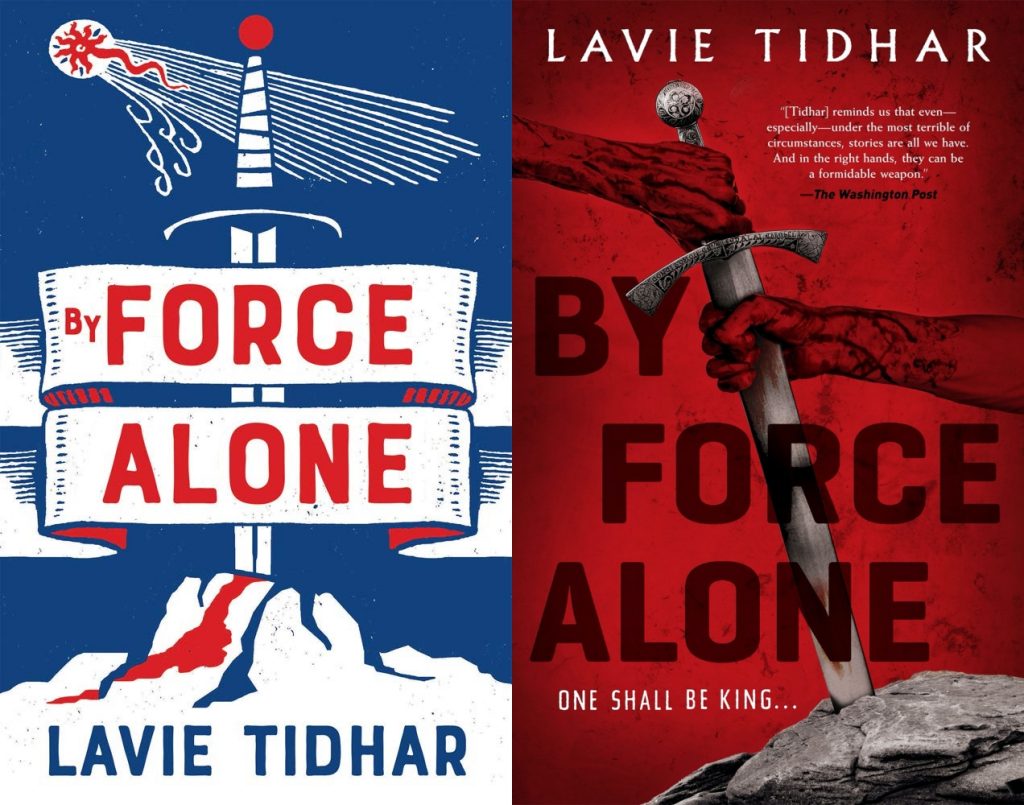 ‘Lavie Tidhar has built a career out of not playing it safe. Over the last decade he has written bold, provocative novels… with a flair for metafiction and inspired by the pulps (both hard-boiled and genre)… given the political nature of his work, it’s not entirely surprising that he would shift his focus to the question of nationalism and Brexit… with his latest novel, BY FORCE ALONE, Tidhar takes a mythology the English hold dear, the legend of King Arthur, and goes to town with it… For all its foul language and radical deconstruction, of which I’ve provided only a taste (you should see what Tidhar does with the Holy Grail), BY FORCE ALONE isn’t a desecration of the Arthurian romances. Instead, he pays homage to the writers and poets – Robert Wace, Chretien de Troyes, Wolfram von Eschenbach, and Thomas Mallory (just to name a few) – who took their turn in adapting and refining Monmouth’s text… BY FORCE ALONE is a jolt of pure entertainment, a brilliant, revisionist blend of magic, crime syndicates and Kung-fu knights.’ — Locus