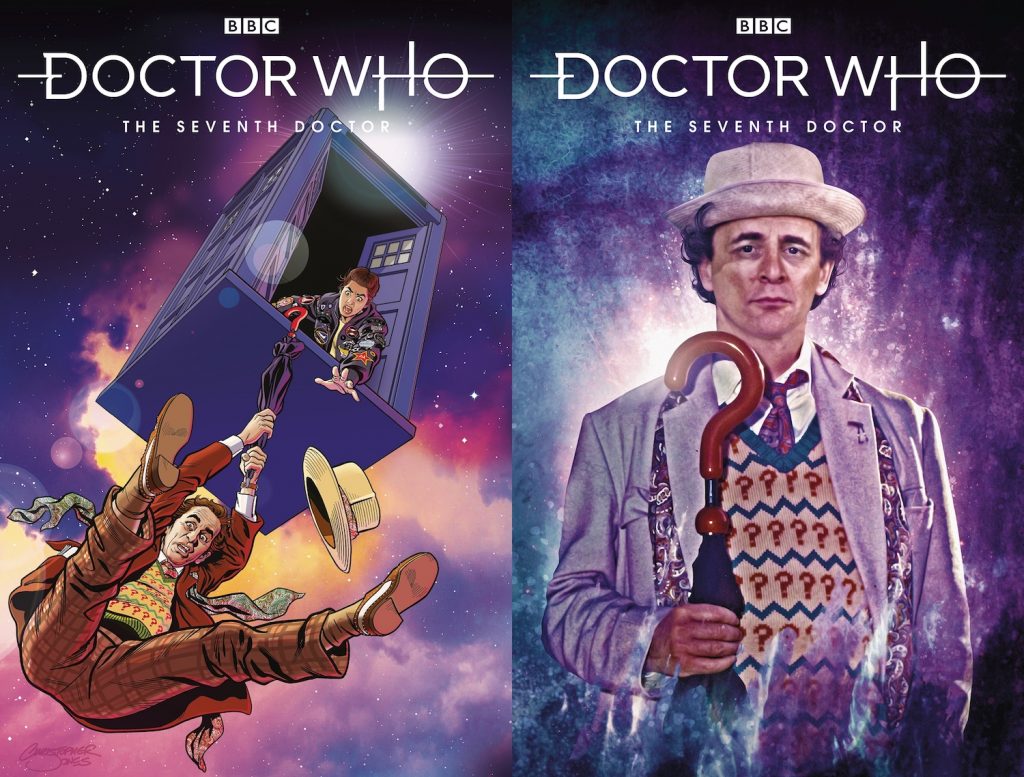 The brand new comic adventure continues, featuring the Seventh Doctor and Ace as played by Sylvester McCoy and Sophie Aldred!

From the writers of the fan favourite episode Remembrance of the Daleks, which celebrates it’s 30th anniversary in 2018 – Andrew Cartmel and Ben Aaronovitch (Rivers of London)!

Whether you’re a long-time fan of the Seventh Doctor, or you’ve yet to have the pleasure, this accessible, big-budget movie extravaganza welcomes everyone with an all-new epic!

This second issue is available with two covers, both of which are above. Art for the series is by Christopher Jones.