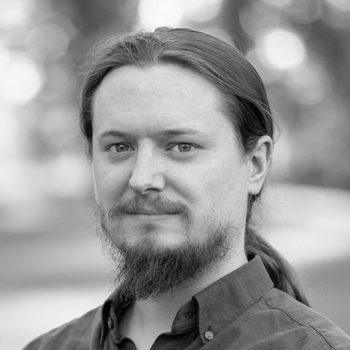 J.T. Greathouse has been writing fantasy and science fiction since he was eleven years old. He holds a BA in history and philosophy with a minor in Asian studies as well as a Master’s in Teaching from Whitworth University, and spent four months of intensive study in Chinese language and culture at Minzu University in Beijing (中山民族大学, Zhongshan Minzu Daxue).

His short fiction has appeared, often as Jeremy A. TeGrotenhuis, in Beneath Ceaseless Skies, Writers of the Future 34, Deep Magic, Orson Scott Card’s Intergalactic Medicine Show, and elsewhere. In addition to writing, he has worked as an ESL teacher in Taipei, as a bookseller at Auntie’s Bookstore in Spokane, and as a high school teacher. He currently lives in Spokane, Washington with his wife Hannah and several overflowing bookshelves.