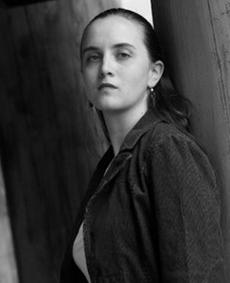 Marie Brennan is the author of nine novels, including the Doppelganger and Onyx Court (Orbit) series. WITH FATE CONSPIRE, the final novel in the Onyx Court series, was Kirkus Review’s Best Fiction of the Year in 2011. She has won two Isaac Asimov Awards for Undergraduate Excellence in Science Fiction, and a Fantasy Writing Grand Prizes in 2003. Marie has also received multiple honourable mentions for Year’s Best Science Fiction and Year’s Best Fantasy & Horror.

Brennan holds a joint BA in anthropology/archaeology, and folklore & mythology from Harvard University. She’s been writing fantasy since she was nine or ten years old, and blames this fact on Diana Wynne Jones. She is an anthropologist and folklorist who shamelessly pillages her academic fields for material to use in her fiction. Marie is currently writing the Memoirs of Lady Trent fantasy series, featuring Lady Trent’s exciting adventures in the study of dragons – the first four novels in which have been published in the UK by Titan Books. Titan Books began re-issuing Marie’s Onyx Court series in the UK in 2015. The final novel is due out in early 2017. Her short stories have appeared in more than a dozen print and online publications.

Published in the US by Tor Books.