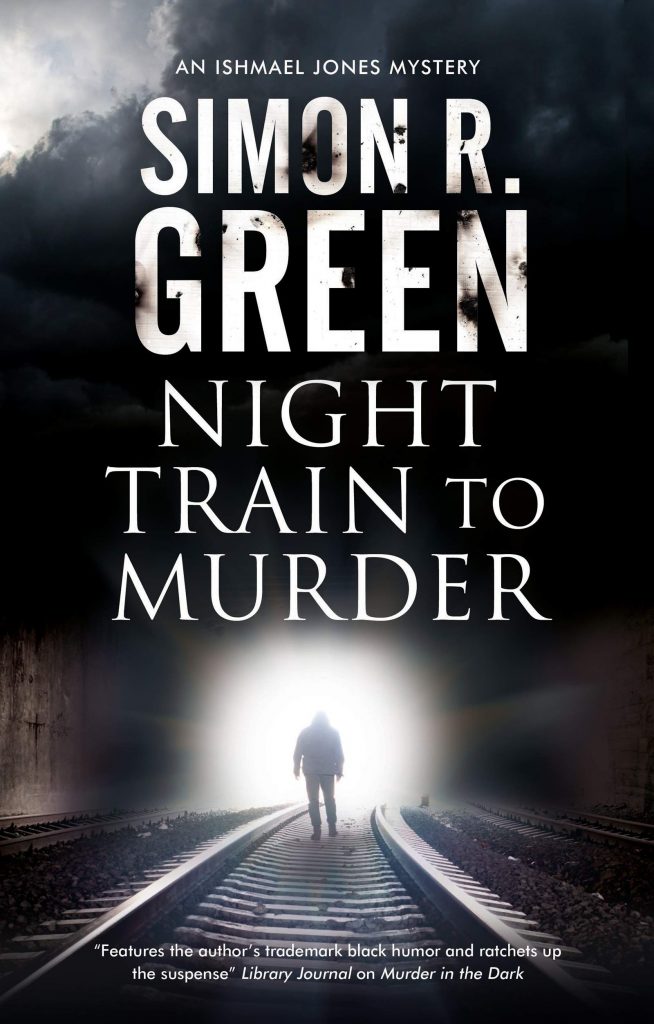 On November 29th, Severn House are due to publish the eighth Ishmael Jones mystery novel by Simon R. Green: NIGHT TRAIN TO MURDER! Here’s the synopsis…

When a body is discovered in a locked toilet cubicle on the late-night train to Bath, Ishmael Jones is faced with his most puzzling case to date.

When Ishmael Jones is asked to escort a VIP on the late-night train to Bath, it would appear to be a routine case. Ishmael’s mission is to ensure that he arrives safely. But when a body is discovered in a locked toilet cubicle, Ishmael Jones has just 56 minutes to solve a seemingly impossible crime before the train reaches its destination.

The novel is due to be published in North America by Severn House on March 1st, 2020. (We’ll remind everyone closer to the time about this release, of course.)

Severn House has published all of the Ishmael Jones novels to-date, in the UK and North America: THE DARK SIDE OF THE ROAD, DEAD MAN WALKING, VERY IMPORTANT CORPSES, DEATH SHALL COME, INTO THE THINNEST OF AIR, MURDER IN THE DARK, and NIGHT TRAIN TO MURDER. 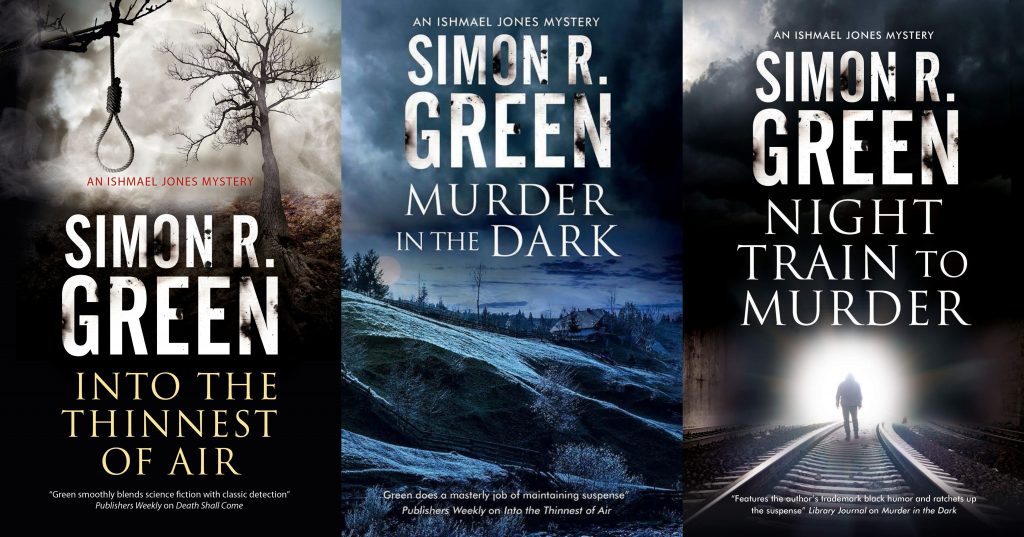