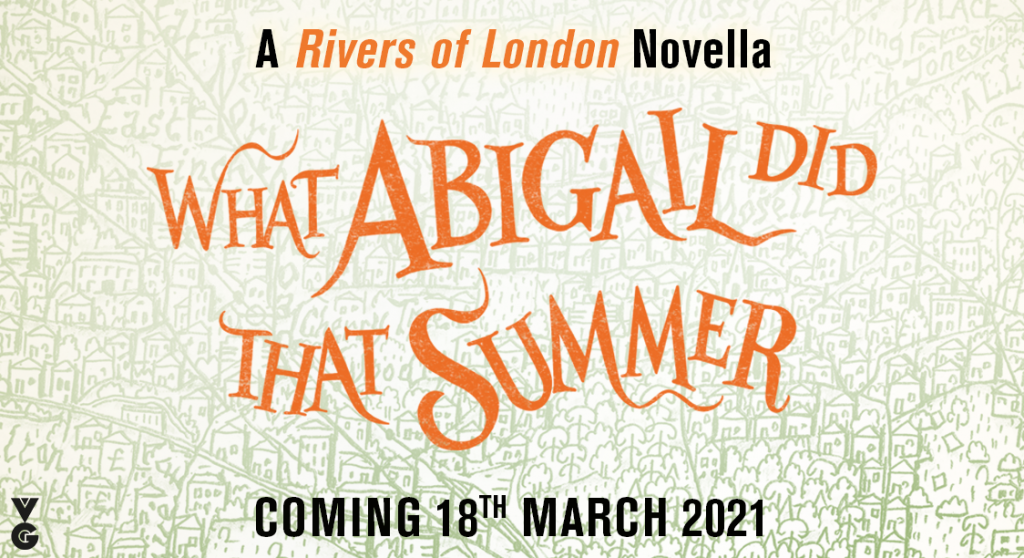 Announced today, Ben Aaronovitch‘s next novella is coming out next early next year! Set in the same world as his internationally acclaimed and best-selling Rivers of London world, WHAT ABIGAIL DID THAT SUMMER is due to be published by Gollancz in the UK, on March 18th, 2021.

We don’t have a final cover just yet (we’ll share it when we do), and we’ll hopefully have more news about other international editions. In the meantime, here’s the synopsis to further whet your appetite…

It is the summer of 2013 and Abigail Kamara has been left to her own devices. This might, by those who know her, be considered a mistake. While her cousin, police constable and apprentice wizard Peter Grant, is off in the sticks, chasing unicorns, Abigail is chasing her own mystery. Teenagers around Hampstead Heath have been going missing but before the police can get fully engaged, the teens return home — unharmed but vague about where they’ve been.

Aided only by her new friend, Simon, her knowledge that magic is real and a posse of talking foxes that think they’re spies, Abigail must venture into the wilds of Hampstead to discover who is luring the teenagers and more importantly — why?